The Evolution of Audio Branding

If you were to pick apart an established brand, you would most likely find an audio insignia as pronounced as any of its visual hallmarks. In many cases these audio assets play a shrewder role in brand messaging next to eye-popping logos and images, but their importance is not to be under-estimated. Numerous studies have shown that brands have a much stronger engagement when they treat their audio assets as a part of the mix every bit as crucial as their aesthetic counterparts.

On the whole, audio has been used in a complimentary manner to the more substantial role played by visuals in brand articulation. However, as audio advertising continues its ascent with the rise of voice AI and podcast advertising (Gartner predicts 30% of purchases will be screenless by 2020), brands may have to shift this main responsibility onto their audio assets. 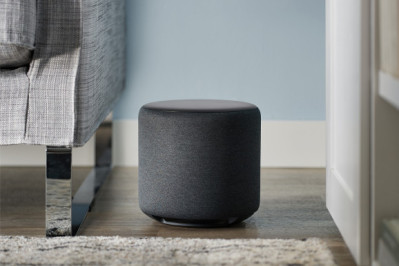 Audio that the average consumer will be most familiar with are jingles, single sound assets that have succinctly communicated sonic branding for decades. McDonalds ‘I’m Lovin’ it’ jingle is a particularly grandstanding example, so recognisable and effective that it was awarded  first place ahead of Disney and Coca Cola in the Best Audio Brands 2019 Ranking.

However, despite the potency of such jingles to command the attention of consumers, neat sonic motifs such as ‘I’m Lovin’ it’ are no longer the only way that advertisers are utilising audio. As the audio landscape has evolved with the rise of digital streaming and expansion across devices, so have audio advertising opportunities. ‘A 360 audio strategy’ is a multi-faceted and flexible approach to audio branding that would work across all touch-points. Instead of using just one asset to convey your brand, now there will be multiple that will be able to transcend context and adapt to different stories, touch-points and use cases. Within the aforementioned ranking, there are several brands (such as AXA, Siemens, and Shell) that have started considering this new strategy.

This sprawling approach calls to mind soundtracks and scores rather than conventional advertising, and commentators have been quick to cite the movie industry when talking about this new approach. For example with the James Bond movies, each new song or score has a distinct flavour per feature, but are still fundamentally recognisable as an asset of the Bond brand with their core sonic DNA.